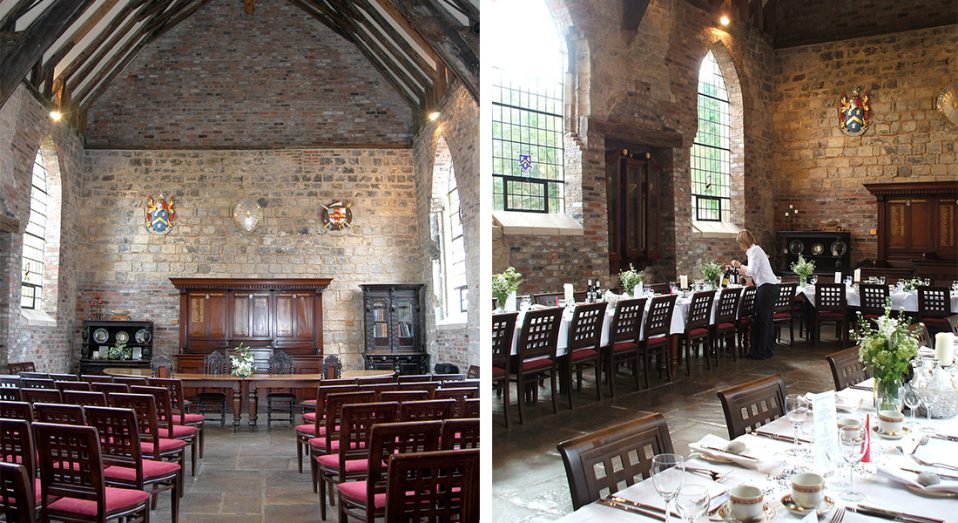 What is the Bedern Hall Foundation?

Thirty years ago Sir Peter Shepherd on behalf of the Bedern Hall Guilds of York laid the new foundation stone to restore and preserve this important building for the City. In the intervening years the Hall has provided a hall for hire and social occasions venue for the benefit of the people of York and for visitors attending events from around the world.

Funds raised through the Bedern Hall Foundation will be used to help us with our bid for Heritage Lottery Funding that if successful, will allow us to develop the Hall to provide greater access to more people to learn the story and to enjoy the heritage of this wonderful building. It will also allow us to develop the modern extension to provide better facilities for visitors and guests and to preserve the building for future generations. Please consider supporting this initiative generously.

Your ticket for the: Bedern Hall Foundation

GBP
Privacy Settings
We use cookies to enhance your experience while using our website. If you are using our Services via a browser you can restrict, block or remove cookies through your web browser settings. We also use content and scripts from third parties that may use tracking technologies. You can selectively provide your consent below to allow such third party embeds. For complete information about the cookies we use, data we collect and how we process them, please check our Privacy Policy
Save